Back in April, I mentioned in a post that Lomography contacted me for collaboration with my site. After that, I conducted a giveaway contest and successfully gave away a Lomo’Instant Camera.

On early May, I received a review unit of the Petzval 85 Art Lens from Lomography. The unit was used, which shows how well the lens ages with usage. Made of solid brass, the lens feels like a brick. There is zero electronic components: you focus manually by twisting a knob below the lens. Extremely primitive, but oddly satisfying. The last time I felt such sense of connection and control over my photographic gear was when I used an SLR over manual lens. 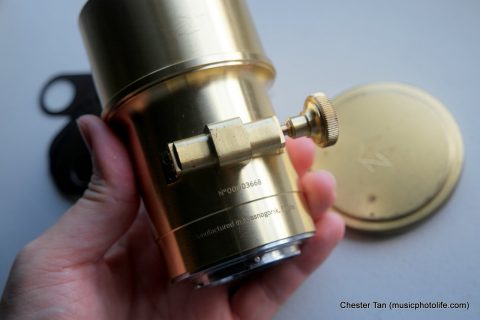 If you judge a quality of lens by its sharpness and shooting response, then the Petzval 85 will disappoint. Comparing at the maximum aperture (f/2.2), the Samsung NX 85mm f1.4 lens is way sharper, and higher contrast. Perhaps too sharp, as it also captures the fine skin details – pores, pimples, make-up – without mercy.

Ironically, it is this unique soft blooming effect on the Petzval 85 that is sought by art photographers to create impressionistic images. The success of the Petzval lens is that, you will recognise the image taken with the Petzval lens. 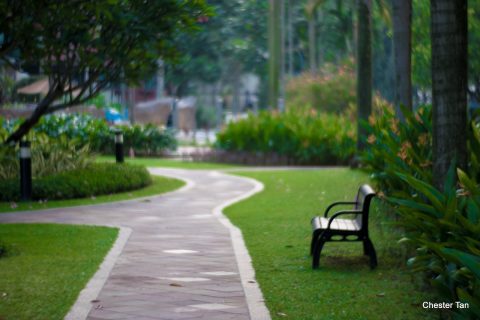 It is this unmistakable swirly bokeh that is mesmerizing. That blur that makes you check your photo again and wonder if you did shoot with a steady hand. 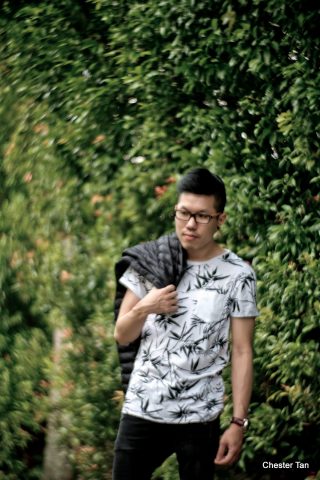 Tat Tong. I have composed the shot to share the frame between the subject and the signature swirly bokeh, giving the illusion of movement. It’s a balance of blur and clarity, dream and reality. 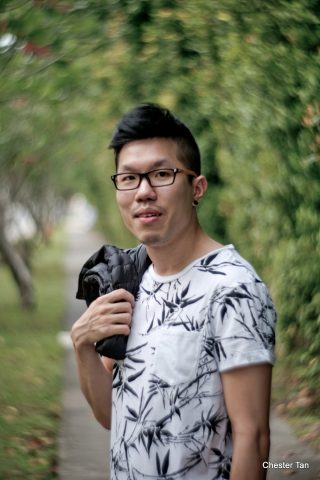 The swirly bokeh does not always show. It seems to work best with background where there are lots of reflective objects and small oulines, e.g. leaves. For large objects, the blur effect looks “normal”. 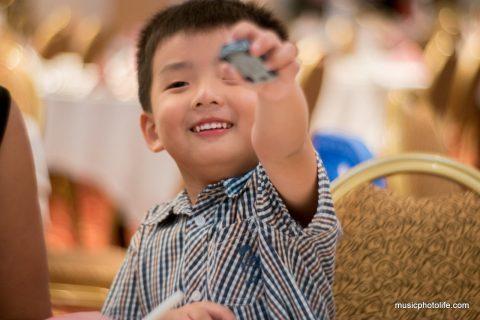 The Petzval lens is perfectly capable of capturing sharp images if you shoot at smaller apertures, as you can see from the comparison shot below, though that erodes the objective of shooting with this lens.

And because the Petzval operates by slotting aperture plates into the lens, you can even purchase (or DIY) special plates to create bokeh shapes.

Using the Petzval 85 lens to capture action is challenging. I have to constantly maintain focus purely with my eyes against the preview screen. Fortunately, the Samsung NX1 and NX30 have sharp and responsive electronic viewfinder (EVF) and helps me to get the correct focus and take the shot. I did not feel an handicap compared to using DSLR.

Lomography has published an interview about my shooting experience, which you can read it here. To end my post, the Petzval 85 offers me a very surreal experience, one that brings me back to the beginnings of my photographic journey. And like the images it produces, it feels like a new-age old-style fantasy.

Thank you Lomography for sending me the loan unit. Visit the official Petzval 85 site for more images from other photographers around the world. 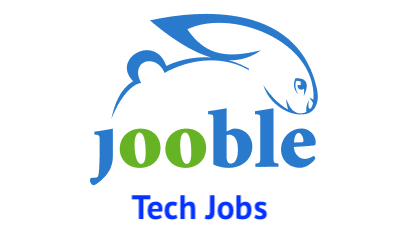